The Historical Contributons Made by Chinese Muslims 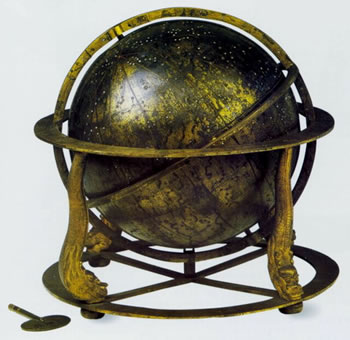 Since the advent of Islam to China 13,00years age, Muslims of all nationalities have worked and lived together with the Han and other peoples, making their own contributions to the rejuvenation and development of our motherland. The Holy Prophet Muhammad took China as a model of knowledge and civilization; he encouraged his fo1lowers to pursue knowledge there. Instructed by the Holy Prophet, Chinese Muslims got the inspiration and courage to continuously introduce to China the excellent fruits of the Arab civilization of the Middle Ages in medicine, mathematics, astronomy and the calendar. In the well-known Chinese herbal medicine encyclopedia the "Compendium of Materia Medica," are recorded many medicines and prescriptions, together with their functions, brought by Middle Eastern Muslims.

The government of the Yuan Dynasty utilized the knowledge of Muslims about Arabian and Persian astronomy, to establish the", Hui Observatory" which was in charge of observing astronomical phenomena and drawing up the calendar. The great Muslim astronomer Jalal al-Din invented and used the Location Apparatusﾟ¢Parallel Latitude Apparatusﾟ¢globe and many other astronomical instruments. His "Perpetual Calendar" has always been an important basis for drawing up the calendar in our country. In the Yuan and Ming dynasties, Chinese Muslims produced a galaxy of talented persons in the adds of astronomy, mathematics and Physics. Their fruitful achievements did a great deal to promote the development of science and technology in China. Most of the extant ancient mosques in our country were built around the time of the Yuan Dynasty. Muslim architects made a profound study of ancient Chinese courtyards and gardens, so the mosques designed by them not only had the characteristics of ancient Chinese architecture but also absorbed the features of Arab Islamic architecture and ornamentation. This kind of Chinese-Arabian combination in architecture enriched the art of world Islamic architecture.

Ihidierddin was a celebrated architect in the Yuan Dynasty; the layout of the capital of the Yuan Dynasty and the design of the Forbidden City, one of the grandest ancient building complexes in the world, came from his inspired pen.

In the history of Chinese navigation, Zheng He, a Yunnan Muslim, sailed the oceans seven times, reaching Western Asia and Africa. He was the first Chinese ever to visit the southeast coast of southern Africa. His voyages were pioneering undertakings in the history of world navigation. Chinese Muslims are very proud of him and his exploits.

The Muslims of all nationalities living in our country have also made great contributions to literature. Muslims have lived in the northwest and southwest border areas of our motherland for generations. They are gifted at singing and dancing, and have a rich artistic imagination and creativity. The music and dances of the Uygurs and Kazaks, and the " flower" folk songs of the Hui, Dongxiang and Sala are all colourful flowers in the garden of arts in China. The famous Uygur narrative poem "Wisdom of Happiness," the musical work" Twelve Mukams" and other art works have been spread widely among Chinese Muslims for centuries. In the field of philosophy, the outstanding 16 century Muslim scholar Li Zhi put forward an advanced theory of history, which made a great impact at the time. In the fields of literature, poetry and painting in ancient times, a lot of Muslim scholars appeared too, like the great poets Ding Henian and Sad111a,and Mists Gai Qi and Gao Kegong. They made great contributions to traditional Chinese culture.

The northwest region is a place where Muslims of various nationalities work and live. Together with other peoples, they exploit the area's agricultural, pastoral and water resources. They learn advanced science, improve production tools and working techniques, cultivate the land and construct water-conservancy works. Their generations of hard work have turned the deserts and barren land into green pastureland and fertile fields. Xinjiang is located at the edge of the great Central Asian desert. Together with the Han and other nationalities, the Muslims of Xinjiang, with their, diligent work, have built grand irrigation projects all over the region. The invention of the Karez, which is an irrigation system of wells connected by underground channels, in Xinjiang provided useful experience for irrigation in the northwest region of our country and has been extended to other drought-stricken areas. This historic contribution of the people of Xinjiang still has practical use. Kazak Muslims mainly engage in animal husbandry. They are also experienced in wool textile processing.

Chinese Muslim scholars have also made great contributions in the fields of Islamic philosophy and history. From the 17th century on, they began to write Islamic works in the traditional Chinese style, and translated Arabic and Persian writings on Islam into Chinese. Wang Daiyu was the first scholar in China to write Islamic works in Chinese. His "Right Answers for Truth-Seekers', is a book of basic Islamic knowledge. Yusuf Mazhu completed "A Guide to Islam" in 1682;Liuzhi's "Islamic Institutions" and "Arabian Thought" are works explaining Islamic philosophy in Chinese. Ma Dexin was an erudite master of the scriptures and a writer. He lectured in mosques, and wrote a large number of Islamic works.

His studies covered Islamic dogmatics, Islamic law, Arabic grammar, rhetoric, astronomy and geography. He translated the Holy Quran into Chinese. These four scholars were of great importance for the spreading and development of Islam in China.

In the fight against imperialism and feudalism, Chinese Muslims showed great courage. During the yuan, Ming and Qing dynasties, they took part many times in peasant uprisings against feudal oppression and exploitation, dealing heavy blows to the corrupt r111e of these feudal dynasties. In the fight against imperialist invaders, Chinese Muslims, together with other nationalities, under the leadership of the Chinese Communist Party, fought persistently. Ma Benzhai(1901-1944)headed the central Hebei Huimin troops to fight bravely against the enemy in the War Against Japanese Aggression(1937-1945).His army was an important Muslim force, which won itse1f the name of the Iron Army. The celebrated revolutionaries Ma Jun and Guo LongzheI1,who were of the Hui nationality, were two of the organizers of the early Communist movement. With Zhou Enlai, Deng Yingchao and other Communist revolutionaries of the older generation, they launched and organized revolutionary movements against imperialism and feudalism in Beijing and Tianjin. The Uygur revolutionary leader Ahematijiang Hasmu was an early Xinjiang democratic revolutionary soldier. Inspired by the teachings of the Holy Prophet" to love one's country is a part of one's belief, "Chinese Muslims inherited and developed the good Islamic traditions and became a very important force in every revolutionary period of China.

Chinese Muslims will continue to study the Quran, Hadith and Islamic culture, learn advanced science and technology, develop the spirit of conscientiousness of the older generation of Muslims in pursuing knowledge, and scale the heights of science for the prosperity, advancement and development of our motherland and the happiness of the people.