﻿ Mosque in China Islam in China Light of Islam

A mosque is a place in which Muslims perform religious tasks, carry on Dah 'wa (preaching), propagate Islamic culture and hold Islamic education sessions. With the spread and development of Islam in China, Mosques began toappear in places where Chinese Muslims were concentrated in the Tang and Song dynasties. Muslims first reached the seacoast areas, and there are four ancient mosques there:The Huaisheng Mosque in Guangzhou the Qingjing Mosque in Quanzhou, he Xianheng Mosque in Yangzhou and the Fengh1lang Mosque in HangzhOIl-A1l thesemosques were bunt during the Tang and Song dynasties, and are precious heritages of the world-famous "Silk Road" on the sea. Over 1,300years ago, a large number of Arabic and Persian businessmen settled m Guangzhou and other places along the seacoast of China. They lived in compact communities, and did business with local people-They stayed there for so long that they did not want to go back. They cultivated the land, married local women and raised children. The next generation formed a special group which believed in Islam. While accepting traditional Chinese culture, they followed the Islamic Shariah and built Islamic communities revolving around mosques-This created the conditions for Islam to spread and develop in China.

Another route for Islam to spread to the east was the "Silk Road" over land. From the Song Dynasty on, the economy and politics achieved tremendous development in China’s inland cities, such as Xi 'an Beijing, Kaifeng and Jinan. Because of the need for business development, Muslims began to move inland from the coastal areas. According to textual research, the Niujie Mosque was built in 996A.D. Build in typical Chinese style, this mosque was one of the first to be constructed in the north of China. With a palatial building structure of brick and wood, the mosque has the features of both centralization and symmetry architecture. The designs for the prayer hall's walls, pillars and decoration on the doors and windows fully embody Arab Islamic art characteristics. In this mosque, to the east of Nanjiang Hall, there is a small Yard in which there are two ancient tombs in which two sheiks from Central Asia are buried. They made great contributions to the spread of Islam in China. They were the representatives of the long-time friendship between Chinese and overseas Muslims. People who have been to the Niujie Mosque highly appreciate its elegant architecture and its precious historical value. Xian is one of the six ancient capitals of China. It is famous for its terracotta warriors and horses of the Qin Dynasty, the Imperial Tombs of the Qin Dynasty ,and many other world-class historical relics. It is also noted for the Hua Jue Xiang Mosque, built in the Tang Dynasty. This is a huge group of buildings in the form of a Chinese courtyard structure, with a built-up area of l2,000 square meters. The mosque is composed of four courtyards made in the traditional Chinese pattern. Arabic inscriptions of verses from the Qu'ran are carved elegantly on the wooden walls of the main prayer hall. Like the above, there are many mosques over 1,000 years old in China, such as the Botou Mosque in Hebei Province, Qingzhou Mosque in Shandong Province, Dongda Mosque in Jinan City, Shandong Province, Taiyuan Mosque in Shanxi Province, Dongsi Mosque in Beijing, Xiguan Mosque in Lanzhou City, Gansu Province, Dongguan Mosque in Xining City, Gansu Province, and Tongxin Mosque in the Ninxia Hui Autonomous Region. All of these mosques have different architectural styles, representing Chinese classical mosque building styles. Being within the territory of China and influenced by the culture of Central Asia, the mosques in the xinjang Uygur Autonomous Region bear the features of Central Asian Islamic architecture, such as dome, broad square and minaret The famous Eidkah Mosque in Kashgar, and the kuche and Sugong mosques in Turfan are typical examples of this.

Today, there are over 30,000 mosques in Muslim communities scattered all over China. With the constant development of society and the economy, the living standard of the Muslim population has improved tremendously. From the architectural form to the inside decoration materials and sanitary equipment, the building of mosques in China has developed to a high level. 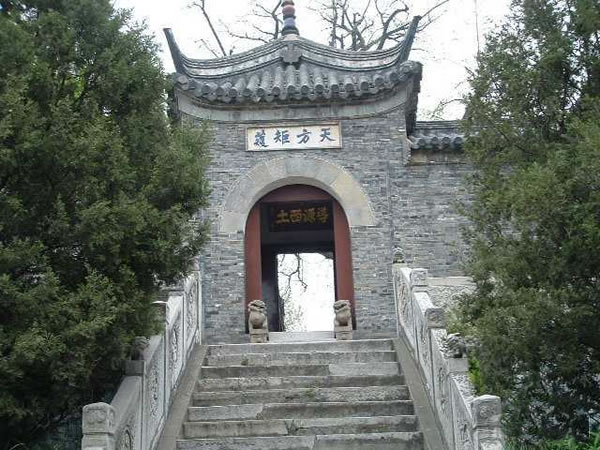